Co-owner along with husband, Kevin Phillip of the annual Kids Day Event in Crown Heights, Brooklyn. For five years, we consistently raised $8k-$12k for charity and hosted a free summer event for the children in our community. 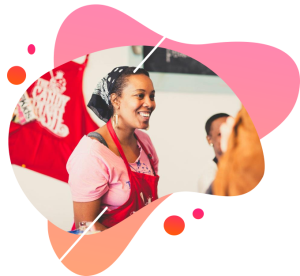 Founded & co-owner of Social Media for Kids®, a cutting edge technology program with a focus on educating NYC school-aged children about the pros and cons of social media outlets and platforms. The program is currently implemented in several NYC Public Schools.

Owner of The Candy Rush, an old vintage candy shop & ice cream parlor in Crown Heights, Brooklyn. As home owners in the community, focusing on bringing families together, contributed to the unification of the neighborhood — this shop was a neighbourhood fave !

Co-Owner of Brooklyn Celebrity, a lifestyle brand created to celebrate Brooklyn pride, its heritage and those who have contributed their love, talent and achievements in making the borough’s reputation one of the greatest in the world !

Director of Finance and cake designer for

BCake NY, a custom cake design studio filled with artists & designers that specialises in the promotion of creativity located in Prospect Heights, Brooklyn. Fun Fact, sketching the cakes was my favorite part of the job! 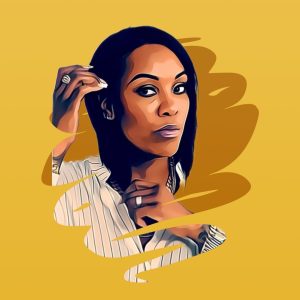 CEO / Founder / Co-Owner of The Rogers Garden, a Rum Bar located in the heart of Flatbush, Brooklyn. This place acts as a temporary escape and slight reminder for those who need a taste of home. The Rogers Garden serves as a Caribbean oasis that puts great emphasis on the culture we’re all familiar with. I was a bartender for 16 years who traveled the islands to learn more about myself and the history that comes with it all. It became a passion to re-create the feeling that influenced her shift in thinking and new set of ideologies. I felt compelled to create a platform of expression that spoke to not only NYC but especially the Caribbean people who contribute to this City’s growth, every single day. Rogers Garden is a rum bar with products from all over the Caribbean, South America and so forth — not only does the rum represent each country individually, they all have an elaborate history attached to them. I knew my culture was special, Brooklyn deserves proper representation.